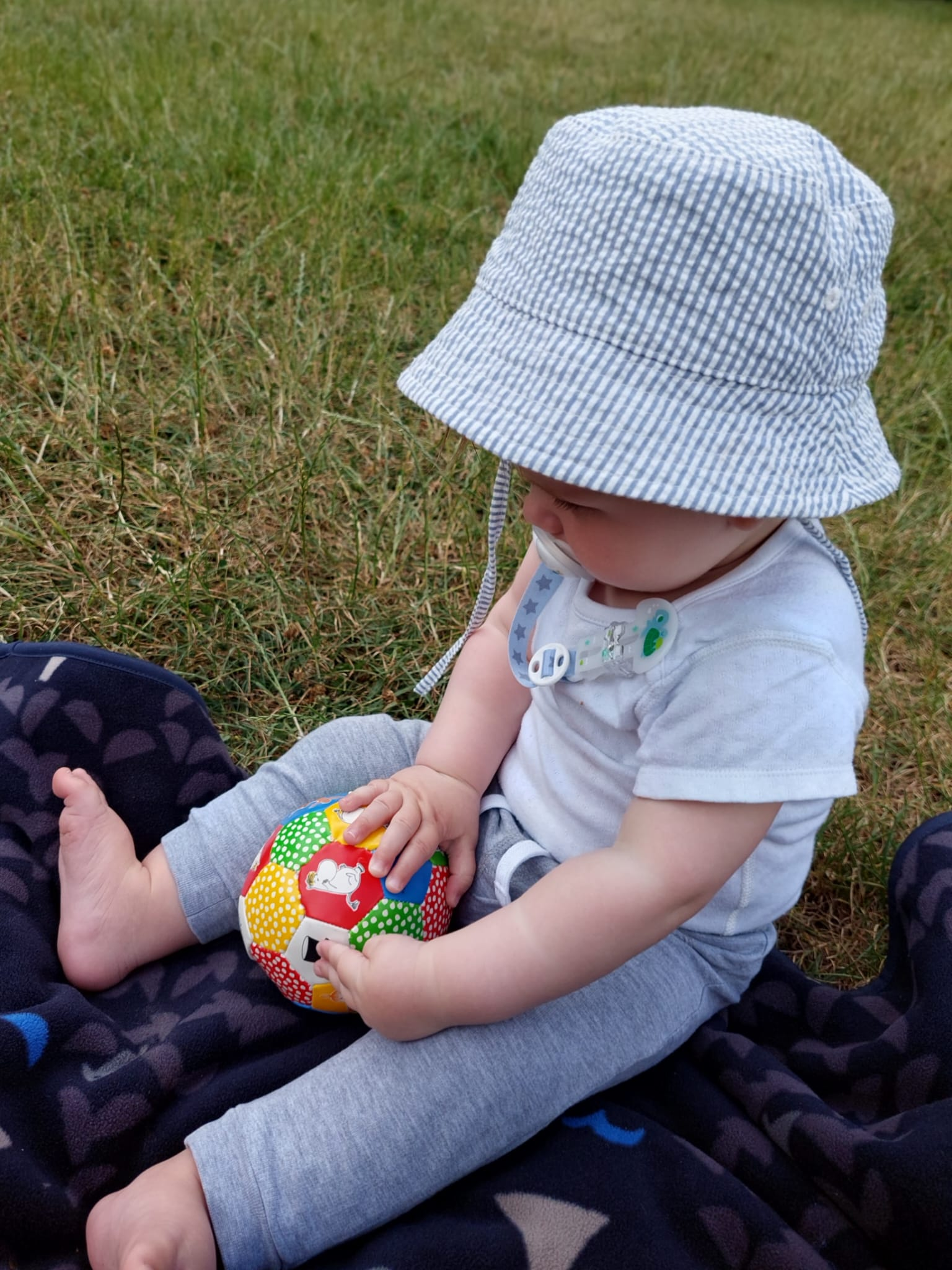 It wasn’t the heat that stole my sleep last night, but the baby’s stomach bug! Life finds a way. This morning I found the foam cover of an earbud in his vomit and thought that might have been the cause, but he’s been sick again since then. So it’s just incidental that he’s also been chomping on some earbuds.

Awake as I was at 3am, I peeked out of our bedroom window, which was open due to the heat, to see if the milkman had been. He had – the electric milkfloat is incredibly quiet, and he has obviously perfected the skill of clink-free collection and delivery of glass bottles. I’ve only caught him in the act a few times when the baby was first born and I was usually awake breastfeeding at the time that he came.

I went downstairs to put the milk away – otherwise it would have been cheese by breakfast time – and noticed that everyone in our cul-de-sac had their windows open. Us, the post-grad students next door, the other students on the other side, the three other families with little kids (one British, one Singaporean and one Turkish), the Nigerian retirees and the guy who never comes out of his house.

It essentially meant the whole cul-de-sac was sharing living space, sharing a bedroom almost, which was a nice feeling. I thought it must have been a bit like this when people lived mostly in small villages. You get woken up by the baby in the next hut over. And by morning you all have his stomach bug.