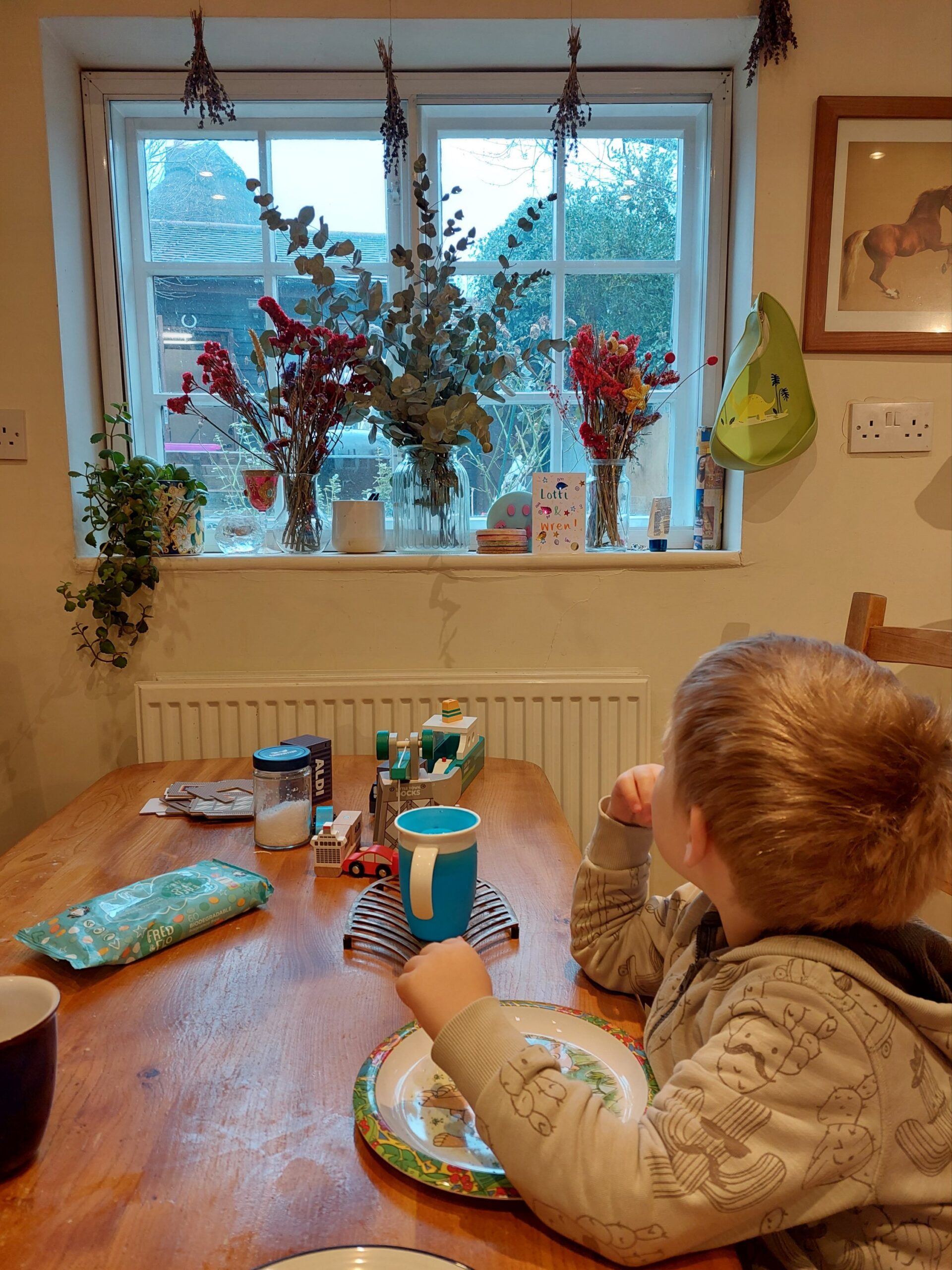 Some funny conversations with the 3-year-old:

There have also started to be instances of ‘I’m not your best friend anymore’ and ‘I don’t love you at all’ when I tell him off for something. He is very prickly about anything that could be perceived as criticism.

He has taken a leap forward with talking in general – he is able to talk faster and construct longer sentences. He is getting to the point where he can say everything he wants to say and not get tripped up by not being able to pronounce something or think how to describe it.

He has a little bit of Finnish, too. There are certain things that only I talk to him about (apparently), so he only knows the relevant words in Finnish. Viikonloppu (weekend) and hiustenkuivaaja (hair dryer) are such words. He likes knowing what day it is when he wakes up, and often asks, ‘is it viikonloppu?’ As we know, five out of seven times it’s not, but whatever the answer he doesn’t react much – evidently he is asking just for informational purposes.

This means I’ve got to start look sharper on the conversational front, too. I don’t think I can get away with responses in the ‘fancy that’ category for much longer.

Speaking of looking sharp, I’ve decided to decommission my one pair of heels (for work purposes, at least). I’ve been to enough meetings now where the only thing I can focus on is whether I’m pulling off walking in heels. They’re painful and distracting, and it’s going to be ballet flats and court shoes from now on.