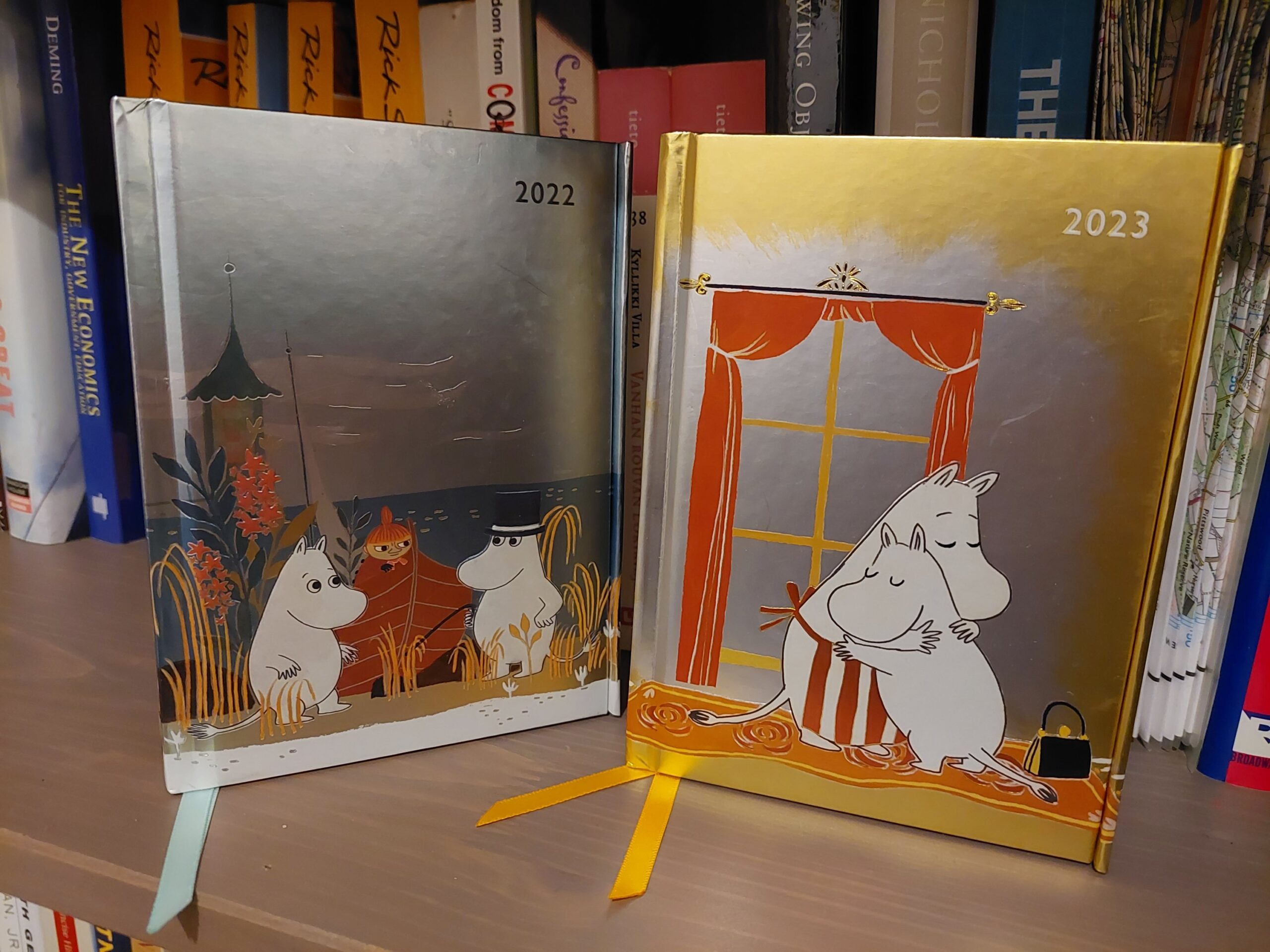 I asked Cal why he had such antipathy towards personal planning and productivity endeavours (planners, diaries, task managers, weekly reviews, anything with a whiff of David Allen, he despises it all). The man never thinks further than his nose, as the Finns say. Although he has been known to whip up the occasional to-do list, those are only ever for the very near-future, like the day ahead. And, in fairness, as he says, he is okay. He drops some balls now and then but basically he functions fine.

I suggested to him that he harboured some prejudice about what people who plan are like, and subconsciously didn’t want to be like them. Too female, perhaps, or boring? In my wildest flights of imagination I couldn’t have hit upon the real reason: he thinks it’s all a waste of time.

You may imagine the cruel arrow of pain those words shot into my heart. How can I love a man who thinks so little of my dearest pursuit? And more importantly… is he right? His argument is basically that all of that stuff is busywork that ultimately takes away from the execution. You’re tinkering with colour-coding and scribbling into a planner when you could just be doing whatever it is.

This is very curious to me. My philosophy is that it’s the productivity system that stops me wasting time. So at least we’re on the same page about not wanting to waste time. I do all the things I do to keep time under control where as he, I suppose, sees time as something that is constantly running from you so you should jump on it immediately. If time was a wild horse, I’d be trying to tame it and he’d be trying to straddle it. Only, once I succeeded, I would be able to get it to pull me on a little cart, bring stuff for a picnic, drive to a nearby scenic spot and have a wonderful time, whereas he would just be holding on to a wildly bucking beast on a painful tour of the stableyard. Or so goes my argument. Needs more thought.

Speaking of tinkering with paper-based products, I had a brainwave about how to track my children’s various illnesses. I bought special diaries just for that purpose! They are super cute and this way when a doctor next asks me how long something has been going on, I’ll be able to say something other than ‘I feel like it’s been a while’.