The market-clearing price of parking spaces 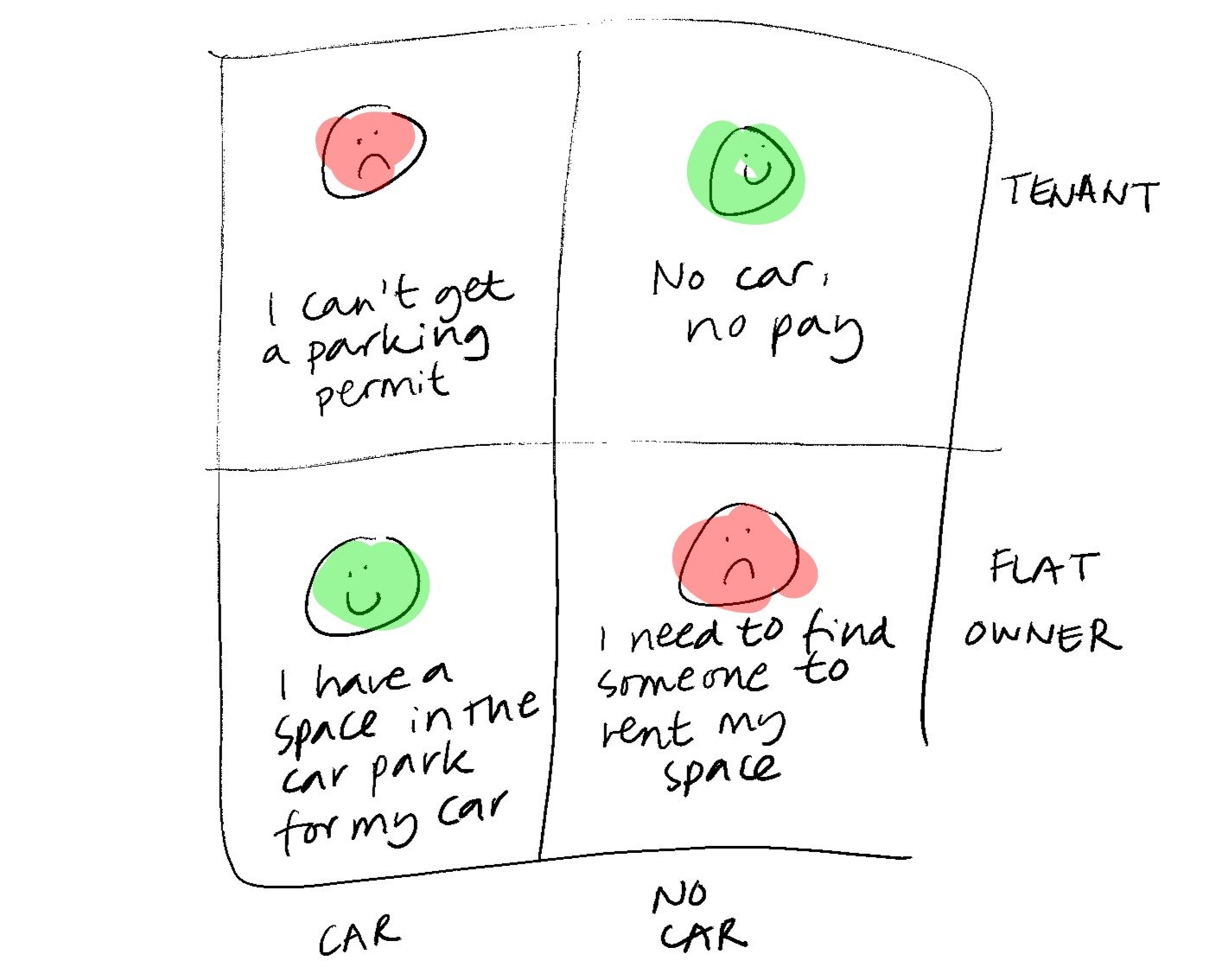 Parking in areas where there is a lot of demand is a fascinating case study in some of the principles of economics. Southwark council has recently enforced a controlled parking zone where I live (London Zone 2) and the effects were, or should have been, predictable.

I’m not sure what the council’s aim was, but the effect has been that in my area there are now loads of empty parking spaces that require a permit, and loads of cars that for one reason or another aren’t eligible for a permit squeezed in the few remaining spaces that are unrestricted. Classic Law of Unintended Consequences.

One such space is the cul-de-sac round the back of my house. The cul-de-sac can fit, I would say, five cars – six at a push – but until recently it has only seen the occasional car parked there for a few hours at a time. Almost overnight since the new parking zoning, four cars have regularly started parking there (it seems more like car storage; the cars hardly ever move). My prediction is that the other two spaces will also get claimed just as soon as desperate motorists roaming the area discover them.

(Needless to say this has annoyed all the people around the cul-de-sac. Bins have been passive-aggressively placed in front of the cars. Windshield notes are imminent. But that’s not economics, that’s just human behaviour.)

It’s not the first time I’ve seen parking restrictions shape behaviour in some pretty weird ways. We used to live in Bermondsey in a new-build that had a large three-storey underground car park. There was an ill-devised trifecta of rules and regulations in place that had meaningful implications on the utilisation rate of that car park:

What do you suppose was the combined effect of all this? You now have a large new-build with four types of people living in it. Half of them have a problem:

So far so good – the flat owners who don’t have a car can just rent their spaces to the tenants who do have a car! That would seem a good idea. And yet the residents’ Facebook group was constantly inundated with messages from flat owners offering parking spaces for rent, as well as tenants looking for parking spaces.

The issue was that, first of all, there were many more of the flat owners with empty spaces than there were tenants with cars. Economics would suggest that this should drive the prices of the spaces down – supply and demand, yes? However, because the car park spaces came with the flats (to comply with the rule about new-builds in Southwark), every flat owner had to pay extra management fees to secure and maintain the car park, whether you had a car or not. This is very expensive, and so the prices that the owners wanted to charge were too high for most people to contemplate on top of their rent.

The curious thing that I could not square with principles of economics was that a market-clearing price could not seem to form, and the car park was always at ~20% capacity. Based on negotiations we had with flat owners I would say the owners were making irrational choices to keep holding out for a better price, leading to no price at all and their space remaining expensively empty.

I think the council would like to imagine that in these situations, car owners would conclude that they were better off giving up their car and using public transport. What car owners actually concluded, and this included me and my environmentally not-so-offensive hybrid Prius, was that it was more economical to find a residential street without parking restrictions. It may have been a 20-minute walk away, but it was free. In other words I was the cul-de-sac parker, and this is karma.