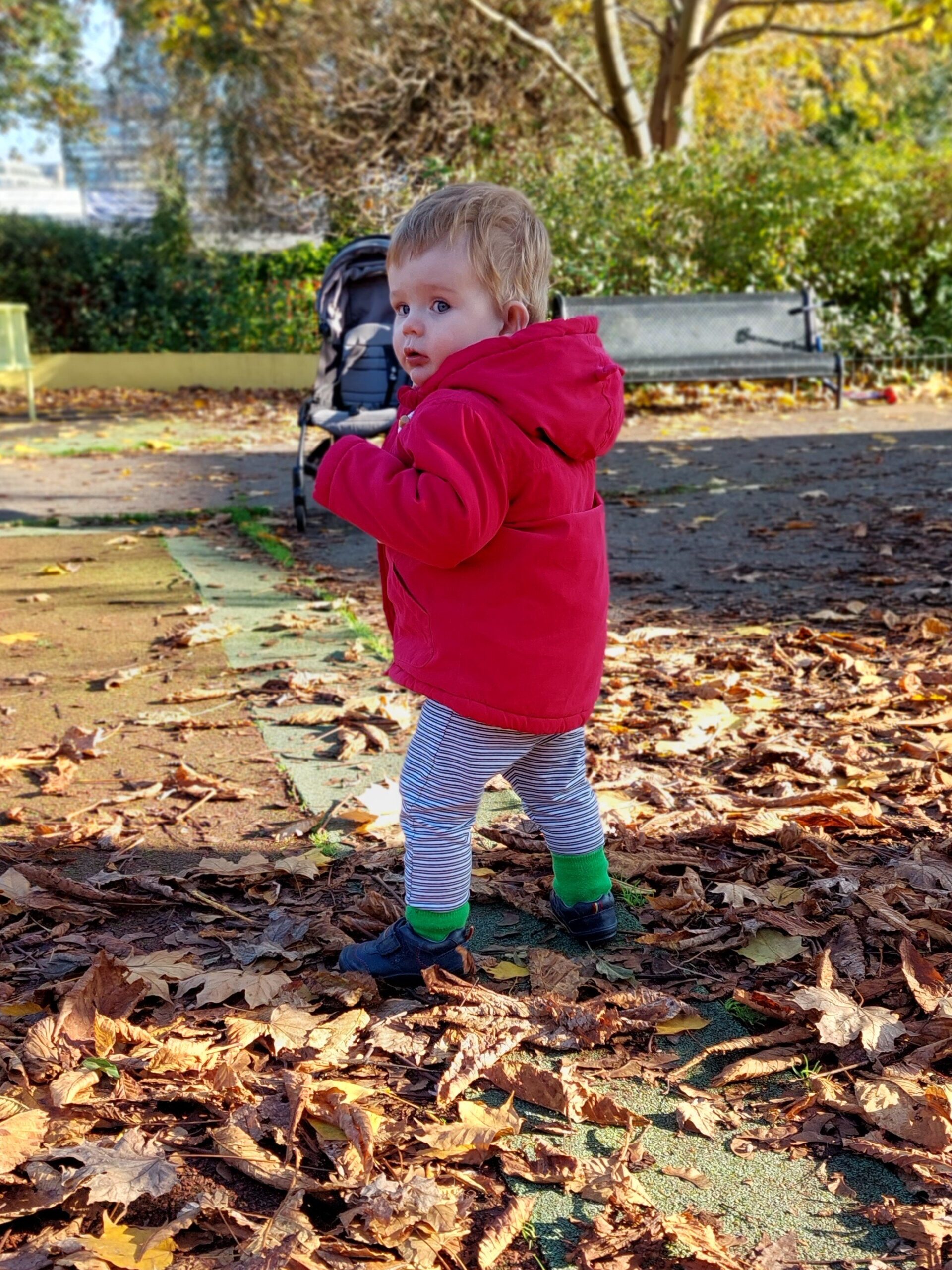 The baby has some verbal communication skills now. He can respond to questions by shaking his head (meaning ‘no’) or reaching his hand out (meaning ‘now’). He can say ‘nanna’ when he wants something – a versatile word that started out referring to his most common want, banana, but which now means all things he wants. And he can say something that sounds like ‘this’ when he wants to show you something.

It’s great that he can do that, but I’ve realised how lonely it could be to be a pre-verbal baby. Especially when there is another child around who can talk a mile a minute. There’s a stage in baby development where they seem to become properly engaged in what is going on (and don’t have to constantly go to sleep) – they’re looking in the right direction, reacting with facial expressions and movements, trying to make sounds.

But it’s a really long time from that stage to talking – over a year, I reckon – and it must be a bit sad for them. Your personality is emerging, opinions and thoughts start to form, and you must want to tell your family about them, but can’t really get through. Maybe you stop trying after a time.

We’ve finished watching the second series of The Boys, and I loved it. I’m maybe a bit concerned about the casual and extreme violence, but it seemed… sort of cheeky and fun, the way they did it. The other thing I don’t like is the name – so plain and not in keeping with the vibe of the show!

Some ideas for TV producers: costume drama about animal rights, police procedural about financial inclusion, natural disaster film about local government (come to think of it, many of them are – thinking of Dante’s Peak).