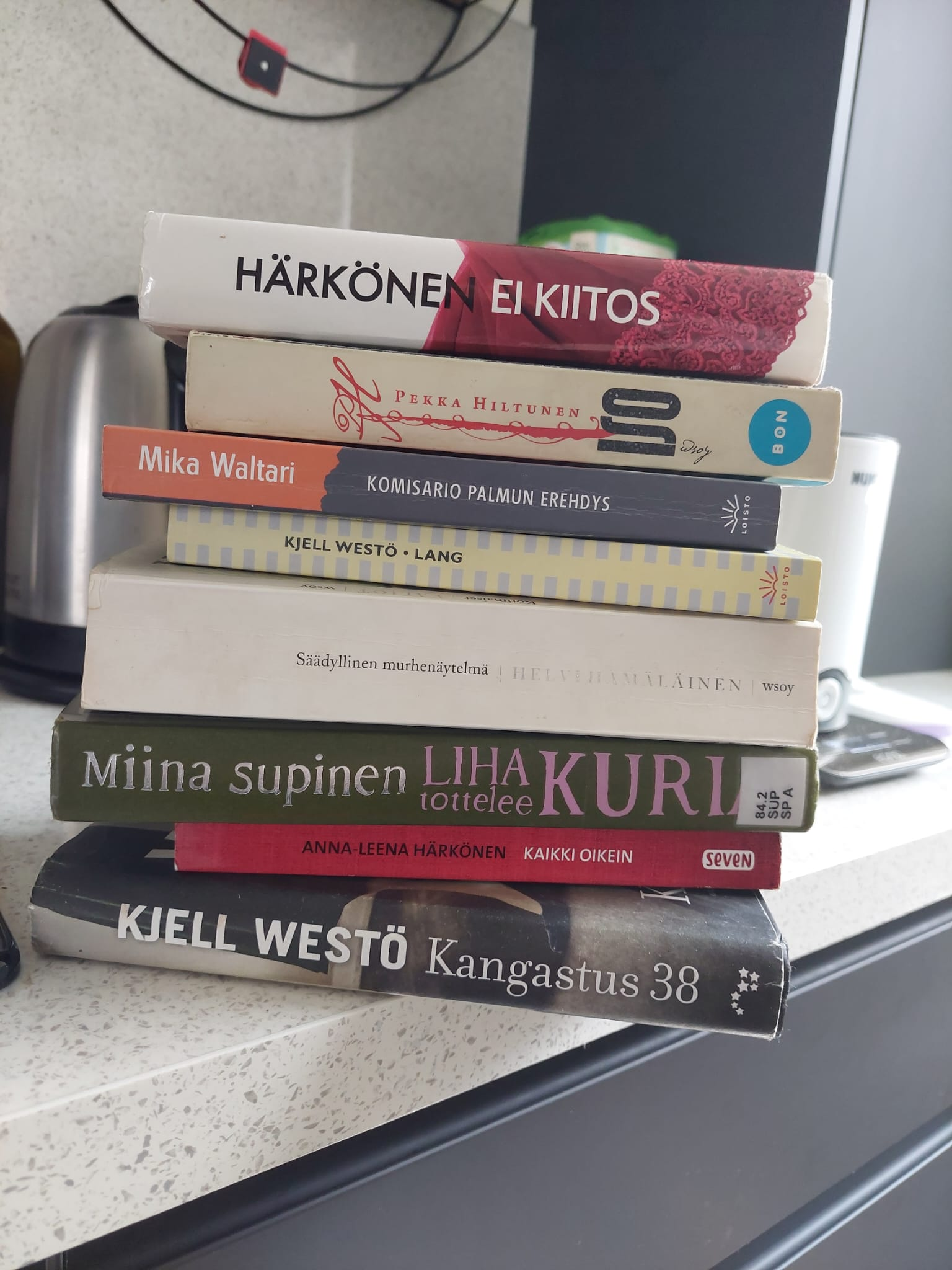 Here’s the plot of a speculative fiction book I’d like to read: in the future, the Earth has become more and more polluted and humanity has put it up for sale. Another planet has been found that’s suited to human life, and a race of aliens has expressed interest in acquiring Earth. Their lungs happen to need a load of carbon dioxide and microparticles in the air to really thrive. The book begins at handover – a delegation of aliens has arrived to ‘exchange keys’, and humanity has appointed a delegation likewise to show them around. We’re explaining how everything works, where they can find precious metals, what animals are good for farming and how to jiggle the knob on the toilet just so to get it to flush. You know.

Our heroine is some official in the delegation that is doing the handover. Maybe she’s in charge of giving them a tour of the nuclear power stations or something. She is all set to depart Earth for the new planet – maybe things have got to a point where to survive on Earth, humans have to wear helmets and carry around oxygen tanks – when a strapping young alien on the other committee catches her eye. They fall in love! And then the rest of the book is spent in emotional agony as they try to figure out where they can live together – Earth is no good for her, Earth 2.0 is no good for him (them? it?). Call it Out of This World and credit me in the Acknowledgements.

Instead of this I’m currently finishing two books. One is Esther Perel‘s Mating in Captivity, inspired by her wonderful podcast Where Shall We Begin? which lets you be a fly on the wall of couples’ therapy sessions. She has an amazing gift of linking a person’s counterproductive behaviours and motivations to messages they have internalised in their childhood. It will really terrify you if you’re a parent. It also makes me wish I could somehow get a session with her where she could unpick all of the knots in my mind, tell me what weird associations and wonky ideas I’ve been carrying around, so I can live the rest of my life as a well-adjusted person.

The other is Kendra Adachi’s Lazy Genius Kitchen. Also inspired by listening to her podcast. This is not a cookbook but a book about how to organise your kitchen, food and cooking. I’m reading it in the hope that it will help me to be a bit less useless in the kitchen. Maybe the problem is that my kitchen doesn’t work for me? Maybe. Maybe not.

She talks about being stuck in either the Lazy or the Genius way of doing things. For example, if you’re stuck in the Lazy way of meal planning, you plan a meal exactly when you realise you’re hungry, scramble around for ingredients that are in date, burn whatever you end up making because you’re also trying to wash the plates you need to eat off of at the same time, and ultimately have a stressful time of it. If you’re stuck in Genius mode, you create meticulous meal plans every Sunday at 5pm full of nutritious and creative meals and spend the rest of the week trying to live up to your ideal, get lots of likes on Instagram for your photos of what you ate, and ultimately have a stressful time of it. What you actually need is the Lazy Genius way – ‘being a genius about the things that matter and lazy about the things that don’t’.

In August my goal is to read two books. One is probably going to be Vapauden vahdit, the latest instalment in a series of Finnish detective novels set in 1920’s Helsinki. The Björk series is excellent.

The other one I’m not sure about yet. I like to read one book on my Kindle (app) and one physical book at the same time. The physical book might come from this pile of Finnish books that I got from a member of the London network of reading Finns. We go to Finland on holiday, buy some books, read them and pass them on. It’s not a very extensive network. I’m pretty sure I’ve had at least one of these books before.