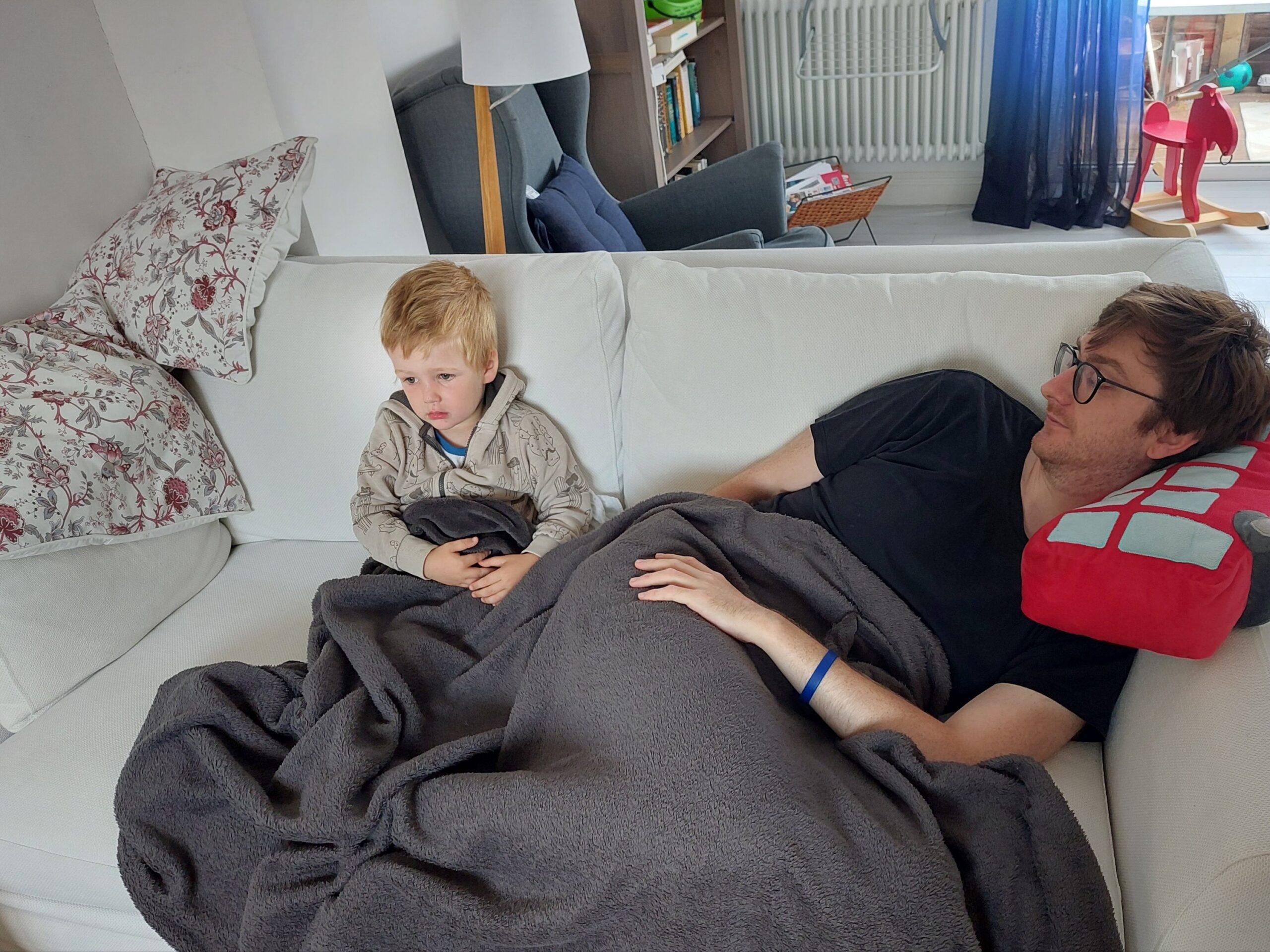 If someone made a montage scene of my morning it would look a lot more interesting than it really was, especially if you speed it all up. Two little bugs crawling all over the house and each other, one throwing himself on the floor in rage and / or despair at approx. 10-minute intervals, little legs twitching. The other one inching his way around the perimeter of the downstairs, using whatever furniture he can for support and sometimes getting stuck on a bare bit of wall, crying in place until one of the bigger moving blurs comes to reset his position on the floor with the toys. If you zoom in on the toys you can see them spreading kaleidoscopically around the floor, like colourful sand, the half-hearted half-minutes of play-time too quick to be captured on the sped-up version.

There would have been an interval of not much movement when the blurs settled on the breakfast table, only one of them jumping up and down, up and down, fetching forgotten bibs, cups, ‘the other spoon’, more milk, an alternative food, another alternative food, coffee. A small arm twitching as the time was checked over and over. Then, Act II – the blurs starts removing clothes and putting on others, chasing each other around, doing what on the sped-up tape would look like an interpretive dance – an arm this way and that! Backs arching, bending to reach! – but was a wrestling match.

Then another interval of relative calm, blurry figures coming into focus as they stand, fully clothed and with cycling helmets on. One of them is frowning and staring out of the window, foot tapping in what looks like a seizure. The little ones yawning, brightly coloured pinheads rolling in every direction as they try to figure out what they’re waiting for. Suddenly, an Ocado van pulls up. Action! Bags and bags and bags of food appear on the floor like grey inkblots, the act of handing over cut out by the speed.

Bloody Ocado turned up at the last possible minute, technically within the slot so I couldn’t even tell the driver off. By the time I was sitting down at my desk I felt like I had been in a state of high alert since 5:40am when the boys woke up, yet it was all so boring. The critics would say, ‘120 minutes of pure action, but what was it all for?’