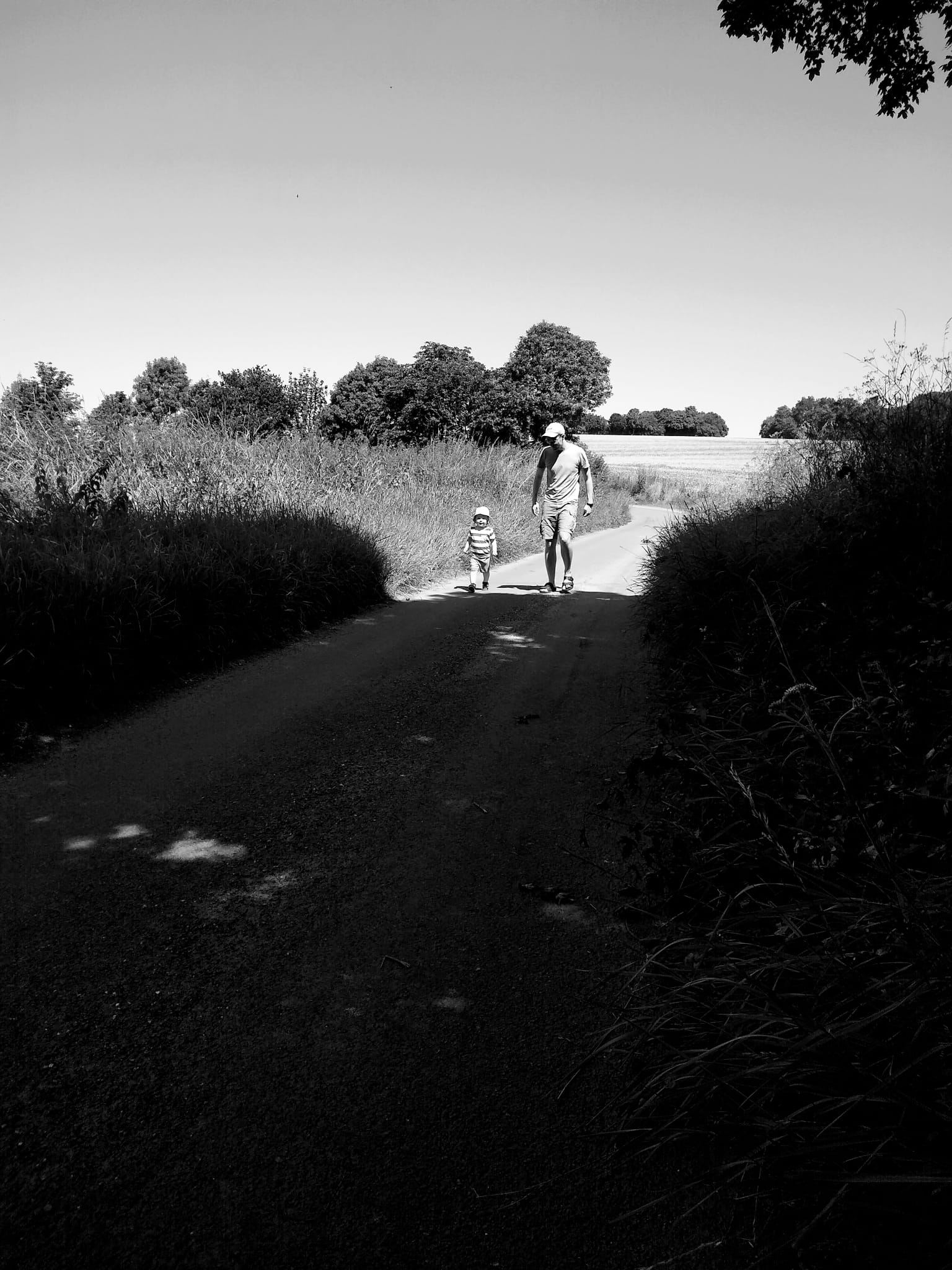 This time last year I bought a 5-year-diary on a whim. I thought it was good timing – the baby was about to be born, so if I kept it up I would have a record of the first five years of his or her life, as well as the toddler’s early years. It’s a lovely Moomin one.

I have more or less kept it up. There are blank pages where the sleep deprivation got really bad, when we were travelling and so on. I keep it on my bedside table, and for a while the baby slept so lightly that the scratch of the pen on paper woke him up. That was fun…

Today’s entry from last year says it feels autumnal, and there was one from a few days ago where I had written that the evenings seem noticeably shorter. I did spot some yellow leaves on the ground yesterday, but it doesn’t feel autumnal in general. Perhaps the grass having been bleached almost white in the heat masks some of it.

We also had a stomach bug at this time last year. Oh, the memories.

The baby had his first taste of nursery yesterday and by all accounts liked it. Today is Phase II where Dad leaves the room and he’s got to sink or swim. Because the carers already know his big brother, they will hopefully be able to make some comparisons between the two. I crave to know what the baby’s personality is like – we have some inklings that he may be more outgoing, less interested in books and music, more interested in noise (for lack of a better word), equally interested in cars – but it’s hard to say at this stage.

The older the toddler gets the more like me he seems. He’s an introvert, a bookworm and a rule-follower. 😏 Cal thinks he’s got a bright future ahead of him as one of those internet Finns that seem to populate forums dedicated to obscure interests.